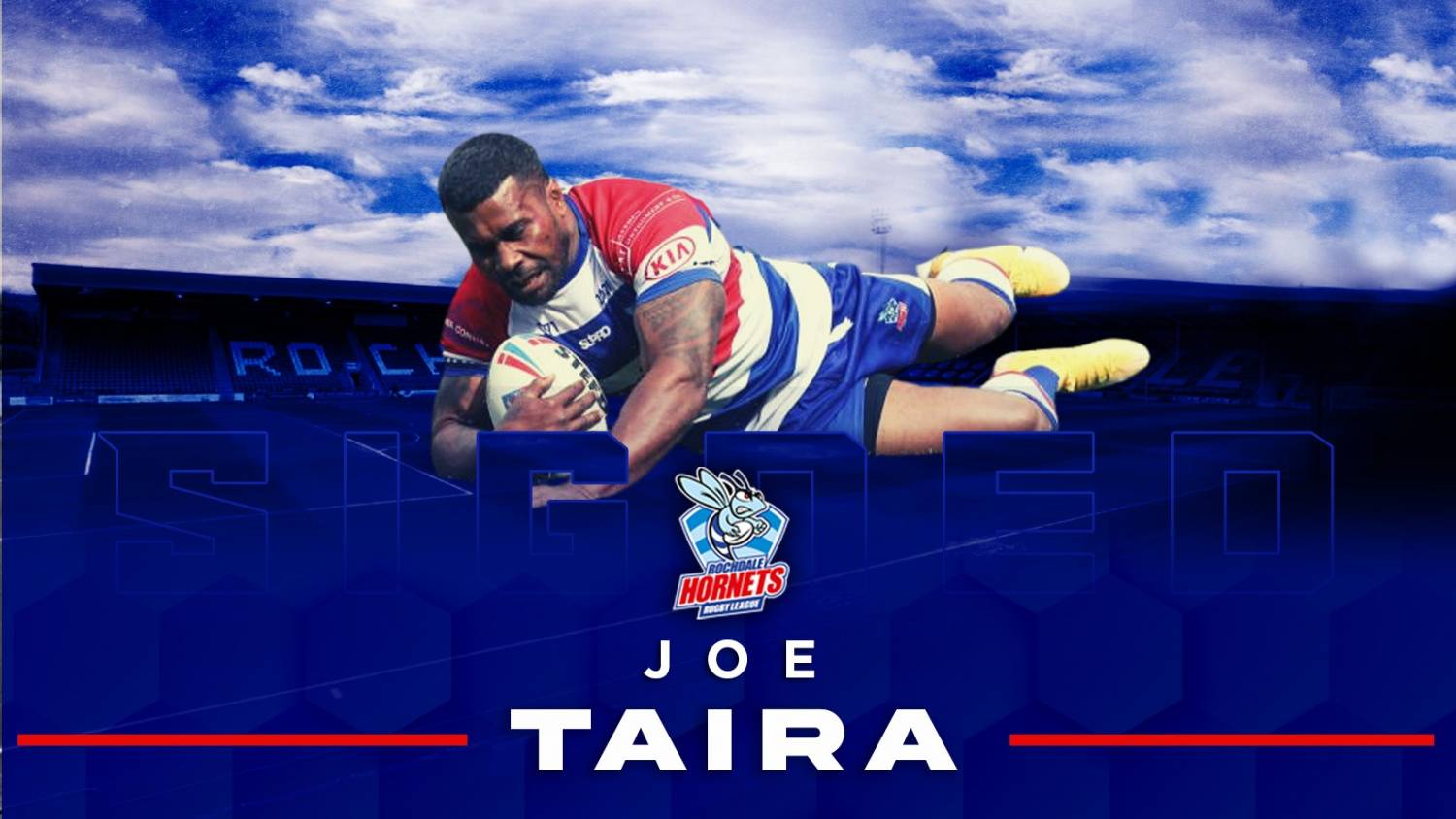 Rochdale Hornets is delighted to announce the re-signing of powerful forward Joe Taira for the 2022 Betfred League 1 campaign.

The Fijian forward first joined Rochdale Hornets in 2016 from amateur side Rochdale Mayfield, playing three seasons including a club award-winning ‘Try of the Season’ in 2017 against Bradford Bulls.

He returned to the club ahead of the 2021 season from Championship side Batley Bulldogs, where he made 19 appearances and scored three tries.

“I’m looking forward to another great season next year," he said.

“I didn’t play a lot of games this season because of injuries and I was really ill with Covid and was out for four weeks.

“I’m really excited to re-sign for another great season with a good set of lads we’ve got.

“My goal for 2022 is hopefully help get the team promoted back to where we belong in the Championship.”

On the re-signing, head coach Matt Calland said: "I am delighted Joe has put pen to paper for next season.

"He is a real fans' favourite at the Crown Oil Arena. He’s a real handful with the ball in hand and hits really hard in defence.

"Joe was really unlucky last season with injury and suspension and recovering from Covid. He is coming to the back-end of his career now and will play a big part for us in the middle of the field."

Chairman Andy Mazey added: "We are delighted to have extended Joe’s contract for 2022.

"Joe symbolises our Fijian connections and community which is something we are very proud of as club.

"Joe plays the game only one way and leaves it all out on the pitch every time he crosses that white line in our shirt. I’m already looking forward to seeing more of those strong carries and some whack again in 2022 as I’m sure our supporters will be too."

Joe Taira is sponsored by Ben Boothman and the Flying Horse Hotel.