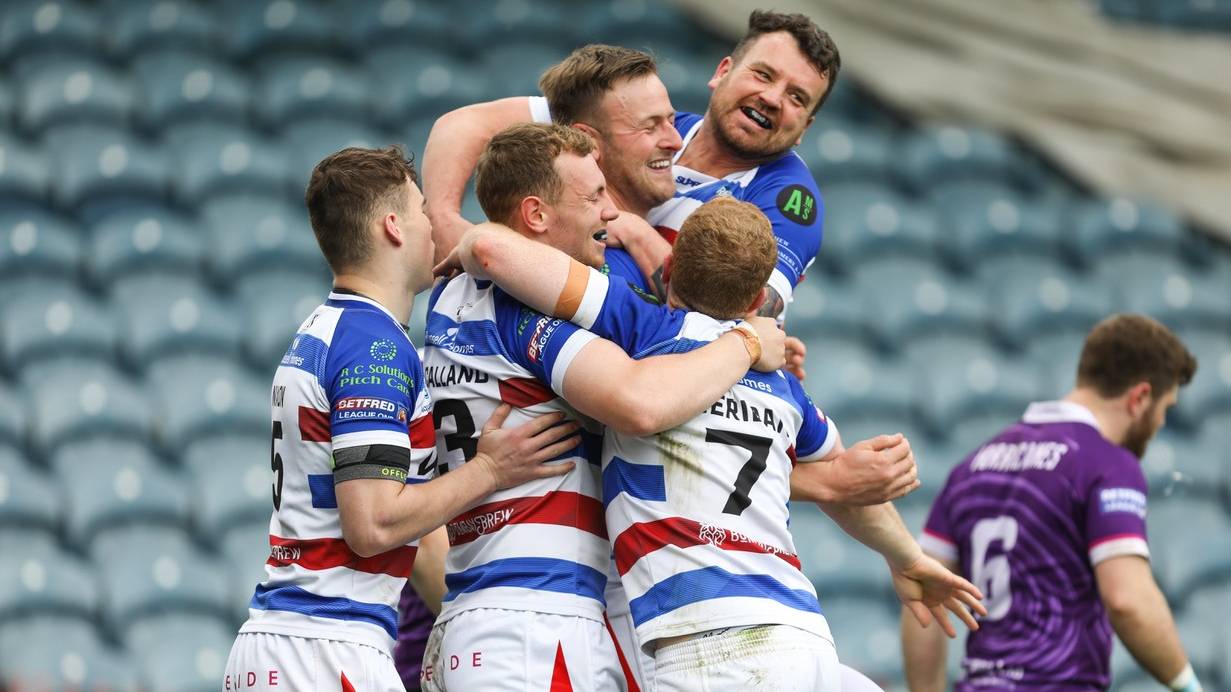 Rochdale Hornets registered five second half tries to pull away from a purposeful Midlands Hurricanes side, and register their sixth win in a row.

The two sides had gone in level at half time but a ruthless second half performance from Hornets allowed them to come away with a 44-24 victory.

Without last week’s Man of the Match, Rangi Chase, Matt Calland called upon Cobi Green to step into the all-important role of stand-off.

The Welshman did not disappoint and produced an outstanding display, in the absence of the 2011 Man of Steel.

Having had an early try disallowed, Green got Hornets on the board ten minutes into the Round 7 clash.

A perfectly timed pass put Ben Forster through a gap and the second row returned the favour with a short Ball to put Green in, under the posts.

Hornets were in again just two minutes later when Cian Tyrer climbed highest to take the Wales International’s testing high ball, and register his second try in as many games.

However, it was the visitors who struck next after Kieron Lawton benefitted from a set restart to score in the corner.

Hornets were made to pay for their ill-discipline seven minutes later and this time it was the turn of Jordan Bull to dot down for the visitors, with the second row crashing over from close range.

Paul Brearley’s magnificent offload put Dan Nixon in for Hornets’ third try but it was soon cancelled out by Benn Hardcastle’s sixth try of the season.

The halfback converted his try to leave nothing between the teams, when they went in at half time.

Again Hornets came racing out the blocks in the second half, as their interchanges began to assert themselves.

This appeared to put Matt Calland’s side in the driving seat but some poor defence allowed the visitors to score a first phase try - through Liam Welham.

With the deficit now reduced to six, Rochdale were determined not to let the Midlands outfit back into the game.

This time it was the turn of another Wales international, Gavin Bennion, to score after a fine break from Lewis Sheridan.

In-form Gregg McNally then came to the fore, and was influential in putting the game beyond reach.

The former Leigh Centurions man’s beautiful pass put Tyrer in for his second try of the afternoon.

Then, two minutes from time, the fullback would go on to register his eleventh league try of the season to ensure that Hornets came away with the 44-24 victory.

While Hornets will be encouraged by another win, they know they will have to be at their best if they are to get a win next Sunday - away at Keighley Cougars (3pm kick-off).