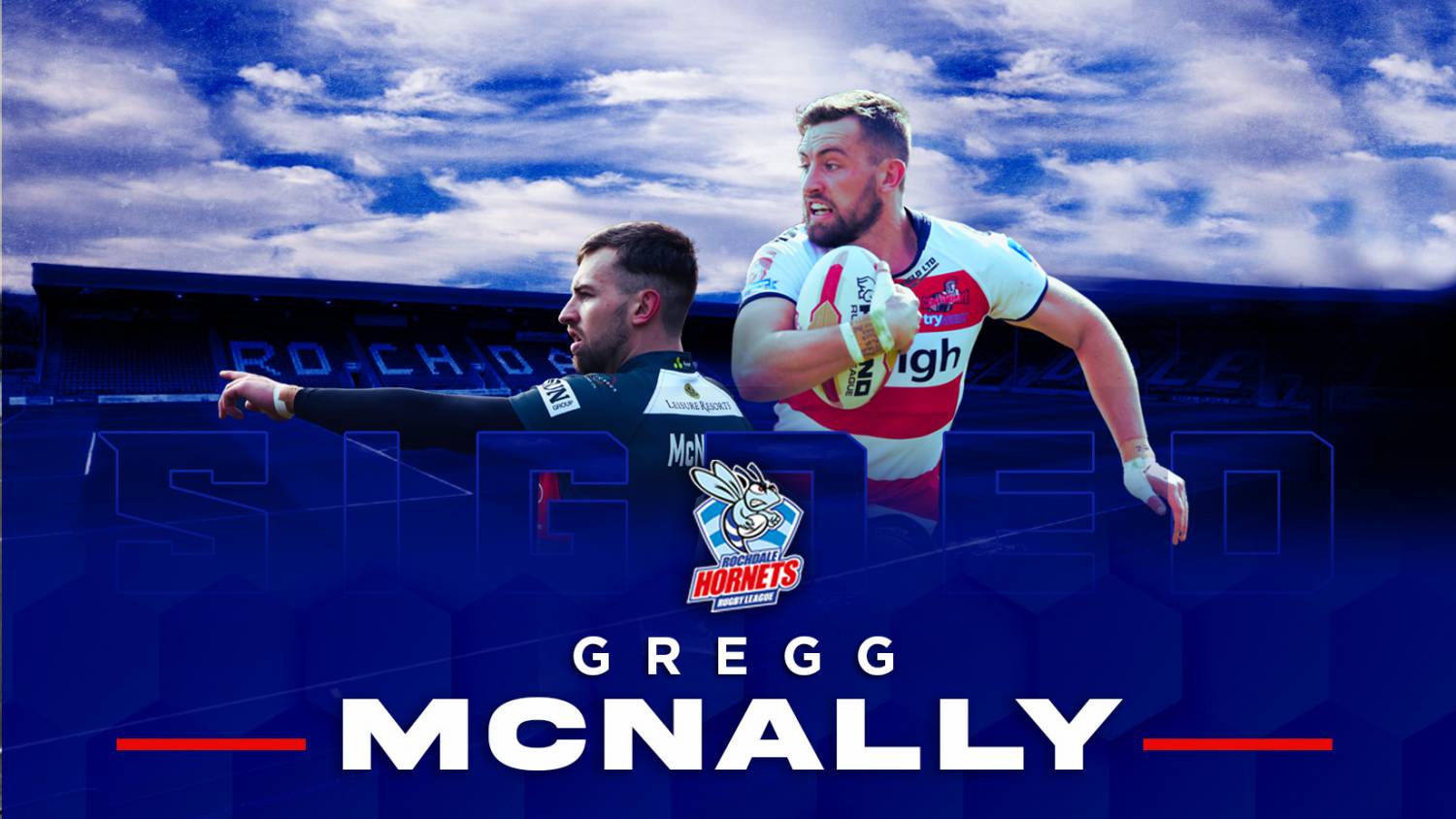 Rochdale Hornets is delighted to announce the signing of experienced full-back Gregg McNally for the 2022 Betfred League 1 campaign.

The 30-year-old joins the club following an impressive season with Whitehaven that saw the Cumbrian side finish sixth in the Betfred Championship, making the play-offs.

McNally’s professional career began with Whitehaven back in 2008 when he scored a stunning debut hat-trick to help the side to a 26-22 victory over Salford Red Devils.

He has gone on to appear for Huddersfield, Oldham, Barrow and Bradford, while also making more than 150 appearances for Leigh Centurions, including featuring for the club in the Super League.

The full-back has also represented Ireland on the international stage on 14 occasions, and brings a wealth of experience to the Crown Oil Arena in 2022.

“I’m really excited about the year ahead,” said McNally.

“Rochdale is a great club with a very proud history and hopefully I can come into the squad and help get the club back up to the Championship where it deserves to be.

“I’m very grateful to Matt and Andy (Mazey) for giving me the opportunity to play for the club.

“My goals for 2022 are to be very consistent and play with a smile on my face. When you’re at your happiest you always play your best rugby. I’m already looking forward to meeting up with the lads and getting stuck in to what will hopefully be a very successful year for the club.”

On the latest addition, head coach Matt Calland said: “I remember watching Greg making his debut for Whitehaven as a teenager years ago when I was coaching Halifax. I think he scored a hat-trick of tries and you could tell from then he was going to be a special player.

“He knows how to play out the back and will add another dimension to our attack.

“He has also put his hand up to assist coaching, so it’s a win-win situation.”

Chairman Andy Mazey added: ““We are really excited to have secured a player I know well from my time at Leigh Centurions, Gregg McNally.

“Gregg is a current Ireland international, a true professional who lives his life the right way and he has a wealth of experience having played to a high standard at Super League and Championship level.

“Whitehaven have just had their best season in many years finishing in the Championship play-offs despite being relegation favourites and Gregg played a big part in that for his hometown club.

“Circumstances however dictate he needs to be closer to his wife and family in Leigh, so we moved quickly to secure his services once aware of his availability.

“I’m sure the Hornets family will make Gregg, Rosey and family very welcome and we will all support Gregg’s charity fund raising efforts which you will be seeing and hearing more of in the coming days and weeks.”

McNally is raising money for his wife who has avascular necrosis, and will be doing a bike ride from Leigh to Huddersfield and back on Saturday, October 23. All at the club would like to wish McNally the best of luck with his charity bike ride, and would like to place on record their best wishes to his partner, Rosey.