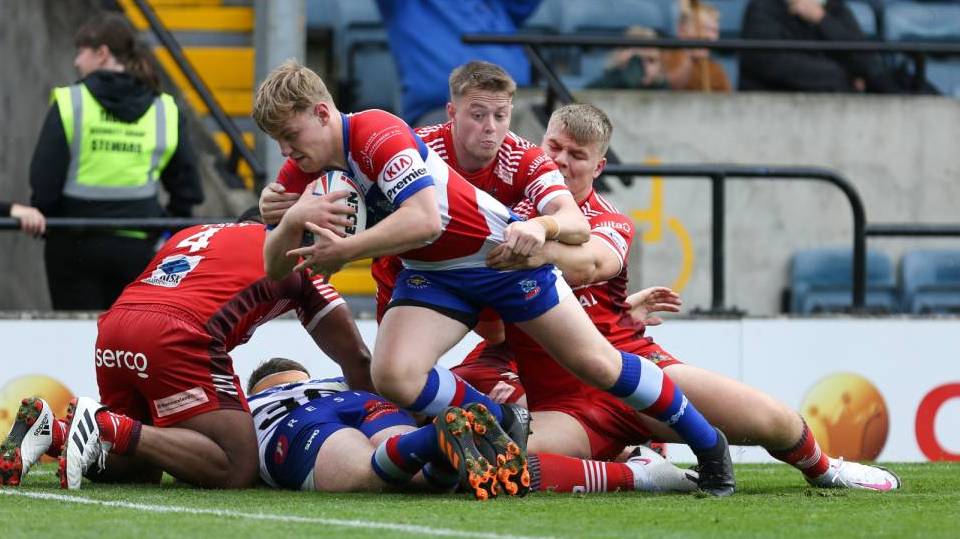 Rochdale Hornets is delighted to announce the signing of talented youngster Cian Tyrer.

Tyrer originally joined the club during the 2021 campaign on loan from Newcastle Thunder, and has now made the move permanent for the 2022 Betfred League 1 season.

The 20-year-old can feature at fullback or on the wing, and is excited to be with the club for the upcoming season.

“I’m absolutely over the moon to be here,” Tyrer said.

“I loved my loan period here and was gutted we didn’t make the play-offs in the end.

“Now I am here for the full season I’m looking forward to take more responsibility and to give my all to get the club where it belongs and win the league this year.”

On the latest addition, head coach Matt Calland said: “Cian really impressed me while he was on loan from Newcastle and he showed a great appetite for work.

“He has plenty of pace and is very elusive when returning the football.

“He can play wing or fullback and gives us great options in the outside backs.

“Originally from Leigh Miners, he then came through a very good academy system at Wigan.”

Chairman Andy Mazey added: “Cian is a player Matt was keen to bring to the club having coached him while on loan from Newcastle, so we are delighted to bring him to Hornets for 2022.

“Cian has that valuable commodity of pace and is the sort of player who can make a break and ask questions of opposition defences.

“He’s a great lad from a good family and I’ve known his dad Christian, a former professional himself, for many years and his grandad Colin Tyrer needs no introduction in rugby league circles, so the pedigree is second to none.

“Crucially having spent time here he wanted to stay and be part of what we are building at this club despite the challenging times we are navigating.”