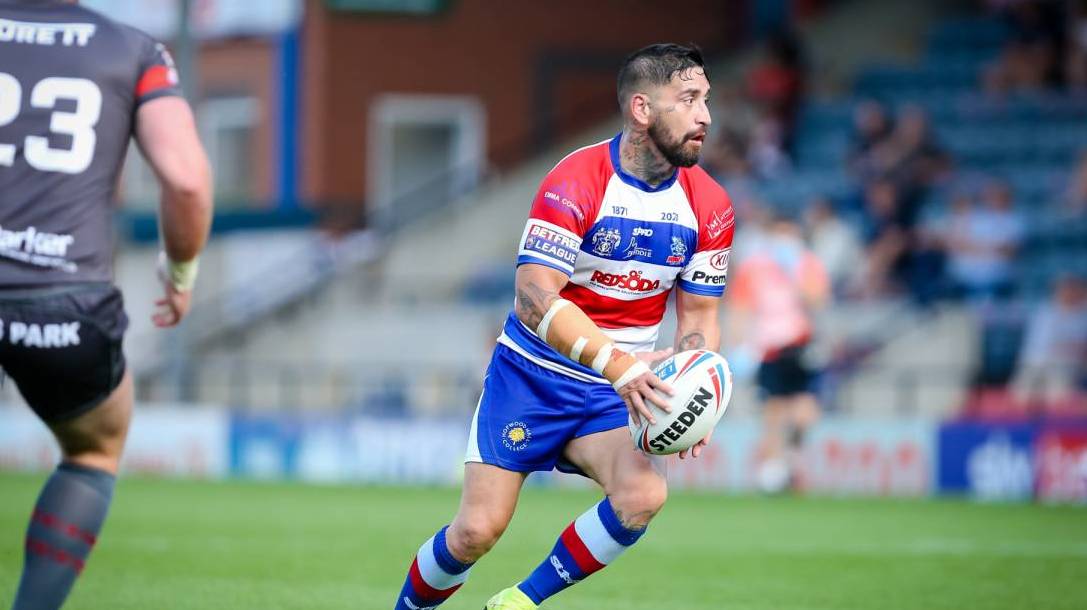 Rochdale Hornets is delighted to announce the re-signing of Rangi Chase for the 2022 League 1 season.

Chase, 35, made the mid-season switch to Hornets during the 2021 season, bringing a wealth of experience to Matt Calland’s side.

The 2011 Man of Steel winner made his club debut against North Wales Crusaders at the Crown Oil Arena, which saw the half-back break his arm in the first half and limit his game time in 2021.

The former England star has agreed to a new contract with the club under Matt Calland in 2022.

“I’m over the moon to have signed again,” said Chase.

“Last year was a year we all couldn’t have written. From day one, the club was ‘A’ class since I arrived, Andy Mazey to Steve through to Matt Calland the rest of the coaching staff and the players.

“Although I only had a handful of games, I feel like it’s my duty to give back to the club who have shown me support. I’m happiest I’ve been in a long time and that will contribute to my performances next year.”

Chairman, Andy Mazey, added: “Having witnessed the impact Rangi made in such a short space of time at the club, and also having got to know him personally, I’m absolutely delighted to have reached an agreement to keep him at Rochdale Hornets for 2022.

“Matt made it perfectly clear he wanted to do all we could to retain Rangi and it’s an important piece in the jigsaw secured.

“Rangi turned down opportunities to return to higher levels to remain on this journey with us and a special thank you must go to three of our sponsors who have supported this deal to help make it both financially viable and possible.”