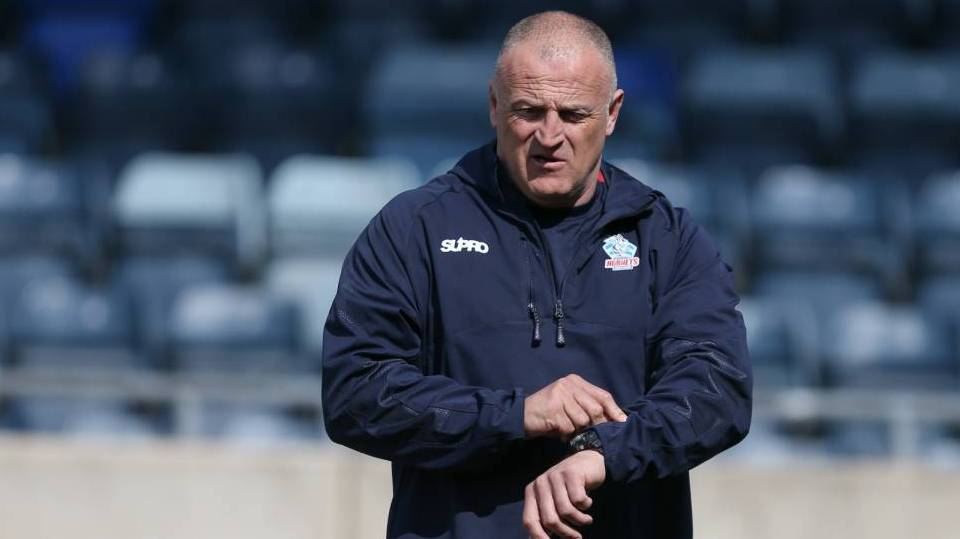 Head coach Matt Calland reflects on the 36-22 defeat away to Hunslet.

Hornets fell to a 36-22 defeat at the South Leeds Stadium against Hunslet in the Betfred League 1 on Sunday, with several key players missing from the side.

Sean Penkywicz, Declan Sheridan and Lewis Sheridan all crossed for four-pointers in the clash, but it wasn't enough to claim the two league points on offer.

Calland said: “We’re really disappointed. We were our own worst enemies, and we lost the penalty count again 9-4. It's too many penalties to give away and we’re too easy to score against. You’ve got to have some attitude and desire to stop the other team from scoring and they scored three or four really soft tries that we should have stopped.

“We lost Dale Bloomfield on the wing and Gavin Bennion, which was a big blow in the middle. We had to change things around and pushed Declan Sheridan out on the wing. I thought he was going well and then he came off with a hamstring injury and we lost Adam Hesketh to a knee injury and Jimmy Connaughton left the field with a head injury. We’re doing it really tough at the moment, but most teams are in the same boat."

There were three debuts for Hornets against Hunslet in Dan Nixon and Ben Forster, who both progressed through Hopwood Hall academy, while prop forward Jimmy Connaughton featured from the bench.

“I was really impressed with all three," he said.

"Dan Nixon is only 18 and he’s come through the system at Hopwood Hall, and I thought he was really good today. Ben Forster didn’t get too much game time, but I thought he handled himself well and Jimmy made a big impact when he came on and ran straight through the middle. I was really impressed.

Calland continued: “Callum Marriott and Zac Baker were outstanding in the middle. You know what you’re going to get from them two.

“Barrow next week will be tough. I’ve lost three or four players again this weekend to add to the ongoing injury list. We’re going to have a big week of recovery and a short turnaround, and we might have to look at bringing some new players in.”