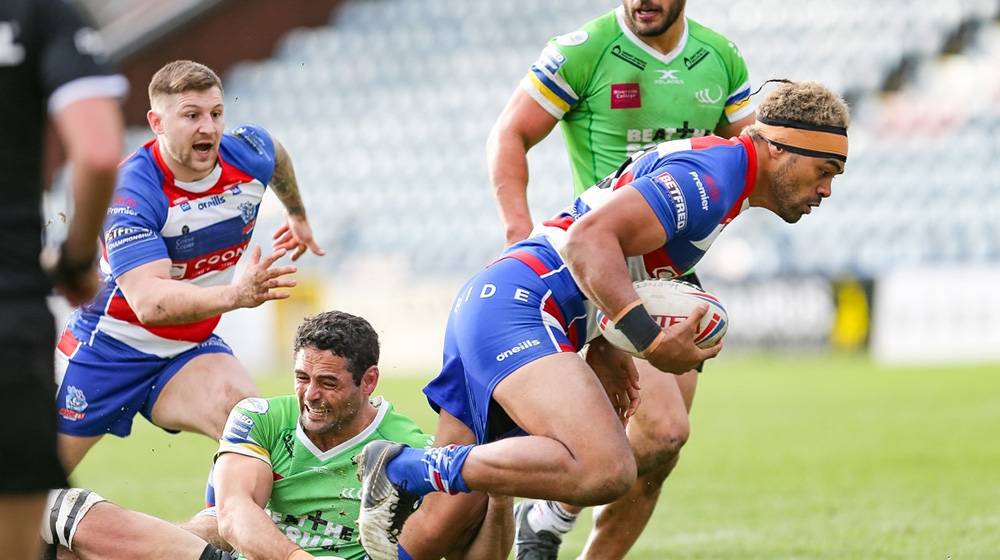 Rochdale Hornets played host to a strong Widnes Vikings side in round 8 of the Betfred Championship.

0The experience was key for the Vikings as Ryan Ince crossed four times to inspire Widnes to a 50-4 victory.

The opening five minutes saw an arm wrestle between both sides, but it was the visiting side who opened the scoring thanks to a string of quick passes which found the previously mentioned Ryan Ince who slid over to make it 4-0.

Carl Forster’s hit back when fullback Tyler Whittaker side stepped multiple Widnes defenders managing to touch down on the right-hand side of the sticks.

However, Widnes managed to unpick the Hornets defence with Harrison Hansen managing to find a direct path to the try line.

Rochdale kept the Vikings at bay multiple times but the rest of the half was the visitors with Buckley finding his way over before a further two tries from Ryan Ince gave Widnes a 28-4 lead as the half time hooter sounded.

As the sides headed into the sheds, a massive second half was needed from the Hornets especially to come away with a respectable result.

Like the first half, the opening ten minutes was an arm wrestle, but the Vikings managed to find a gap in the Hornets defence with Keanan Brand finding his way over to extend the visitors lead to 34-4.

It took another twelve minutes for the Vikings to go over again Sam Wilde broke free and ran 90 metres down field despite chasing Hornets defenders.

However, Widnes kept pushing and as the full time hooter sounded, Ince crossed for his fourth of the afternoon much to the delight of the traveling away support who had descended on the Crown Oil Arena.