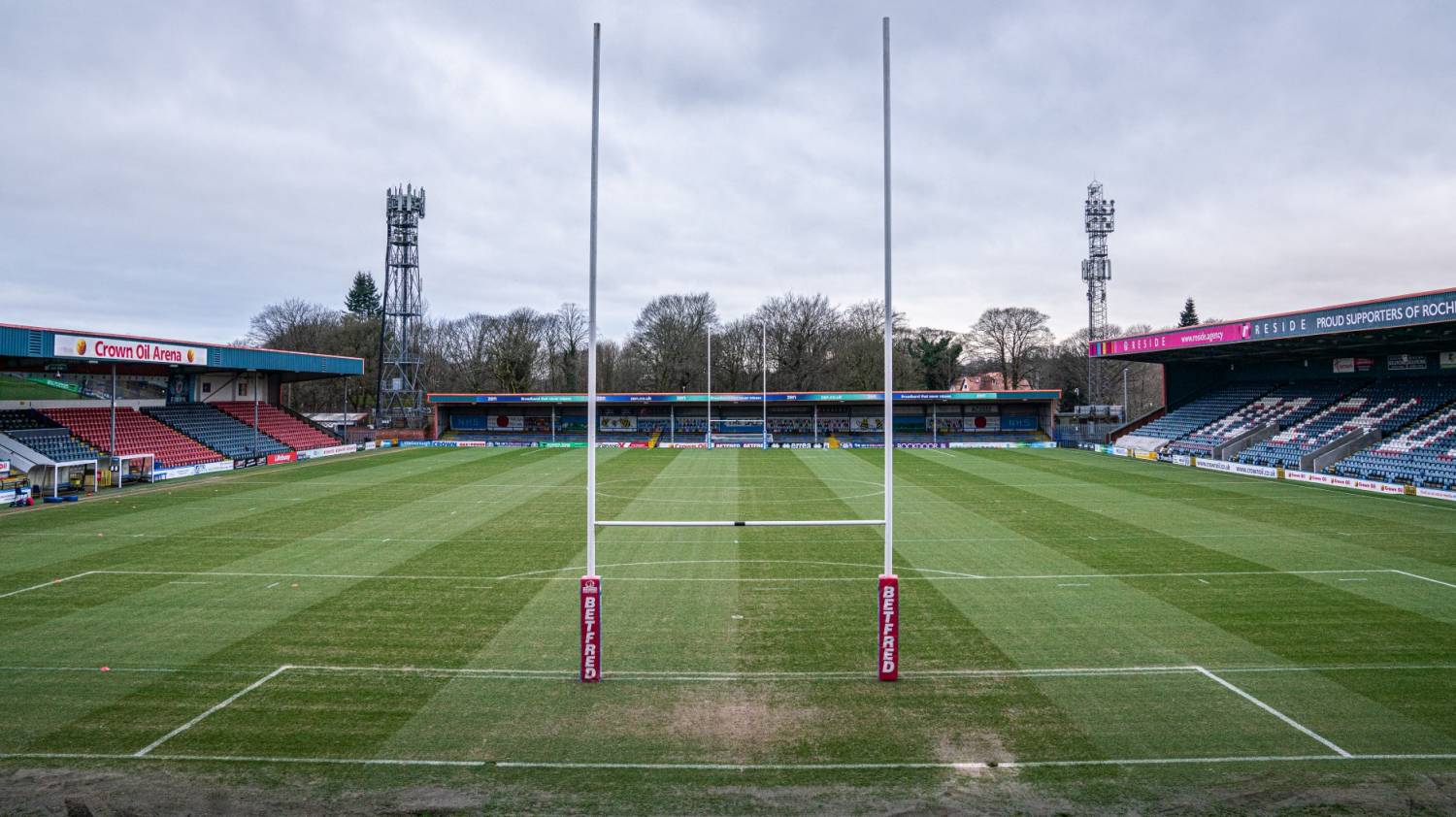 Rochdale Hornets are disappointed to confirm that the club will no longer host England versus Fiji, at the Crown Oil Arena, in October.

In 2021, with the support of Rochdale AFC, the club planned to stage a pre-Rugby League World Cup warm-up fixture, before the tournament was postponed due to the worldwide pandemic.

Unfortunately, new terms proposed by Rochdale AFC render the event commercially unviable, and despite significant efforts to overcome this, Rochdale Hornets are now unable to host the event. The match will now be staged at the AJ Bell, Salford, on Friday 7 October.

Rochdale Hornets Chief Executive Steve Kerr said: “It’s very sad that we have to announce that the England-Fiji game will not be played at the Crown Oil Arena. We wanted to bring England to the borough of Rochdale and our ambition was to stage an event similar to the sell-out Ireland versus Fiji fixture in 2013. It is a lost opportunity for the whole borough and we apologise to all our stakeholders and fans, who wanted to see the game played in Rochdale as part of our 150-year celebrations.”

Rochdale Hornets have a proud history and heritage with Fiji, and the club will still help host the Pacific islanders in the town. Kerr added: “It won’t completely make up for losing the fixture, but we are resilient and we’ll make the best of the opportunity. Fiji will stay with us in Rochdale for the week leading up to the game and will train at our facility partners Hopwood Hall. I’m pleased that arrangements can be made quickly with the support of the RFL and our stakeholders. We have a number of legacy activities planned and we’re still very excited to inspire more people to play.”

Fans will be able to transfer their tickets to the AJ Bell and watch a fantastic game of rugby league. Those who had previously bought tickets for the fixture in 2021 can also claim a refund, but the club are hopeful the majority will transfer their tickets to Salford. Kerr added: “We are genuinely delighted that the game will still be played and anyone who has bought tickets can have them transferred. This is important, as any tickets transferred directly benefit Rochdale Hornets and will support our hosting costs.”

The club will now work alongside the RFL to maximise sales and support England to make a great start ahead of Rugby League World Cup 2021. Ticket transfer, refund and booking processes are detailed below:

Fans who have previously bought tickets with Rochdale Hornets can transfer your ticket to the AJ Bell, or request a refund. To apply for a refund please email tickets@hornetsrugbyleague.com with confirmation of your booking.

Fans have until August 12 to claim a refund so that tickets can be transferred to the new venue. Transferred tickets will be issued by Rochdale Hornets to your home address. Fans opting to have their ticket transferred do not need to take any action.

All revenue from ticket sales will be retained by Rochdale Hornets to support hosting Fiji and all fans transferring tickets will receive a £5 voucher towards the new England shirt launched today. Your codes will be sent after the closing window for refunds.