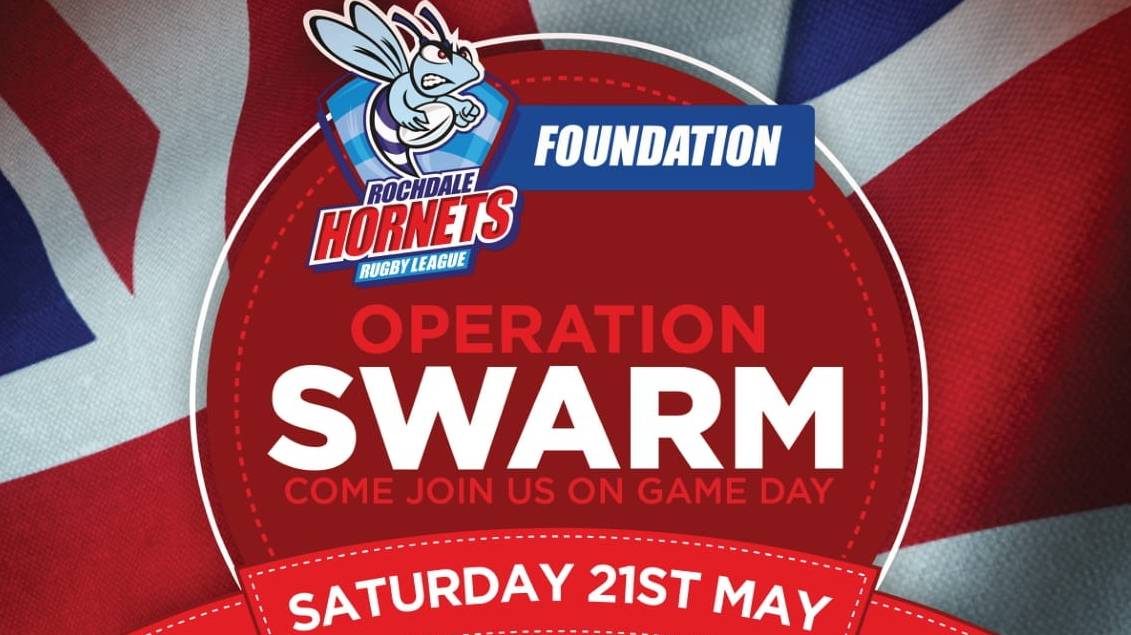 Rochdale Hornets Sporting Foundation have been awarded a grant of £19,860 by the Office for Veterans’ Affairs Afghanistan Veterans’ Fund to deliver a project called Op SWARM.

The grant, distributed by the Armed Forces Covenant Fund Trust, aims to increase dedicated support mechanisms for young veterans - and their families. Announced by the Prime Minister last year, following the withdrawal from Afghanistan, the fund supports the Afghanistan veteran cohort with help adjusting to civilian life.

Op SWARM is a one-year project that will introduce a range of activities to appeal to younger veterans in the Rochdale Borough. It will use the power of sport and physical activity to increase self-esteem, ease mental health difficulties, and develop a sense of belonging.

Minister for Defence People and Veterans Leo Docherty said: “We are forever grateful to those who served in Afghanistan and members of the Afghan community who worked with them.

"Their courage and commitment to this country will never be forgotten.

"This targeted funding for charities across the country will ensure that, regardless of location, those who have served and their families can access services easily.”

He commented: "Veteran Support to all is evident within the Borough by numerous projects being conducted by groups throughout the year, although these projects welcome all veterans I’ve noticed that these are usually attended by the older generation veterans rather than individuals like myself.

"Op SWARM, although available to all veterans, will be targeting former Armed Forces personnel in the Borough who like myself, due to age stigma, do not define themselves as ‘veterans’."

The first get-together for the project will be at Rochdale Hornets' game with Doncaster, at the Crown Oil Arena, on Saturday 21 May (3pm kick-off). If you are a member of the Afghanistan veteran cohort and would like to attend please contact Carl Abraham at info@hornetsrugbyleague.com