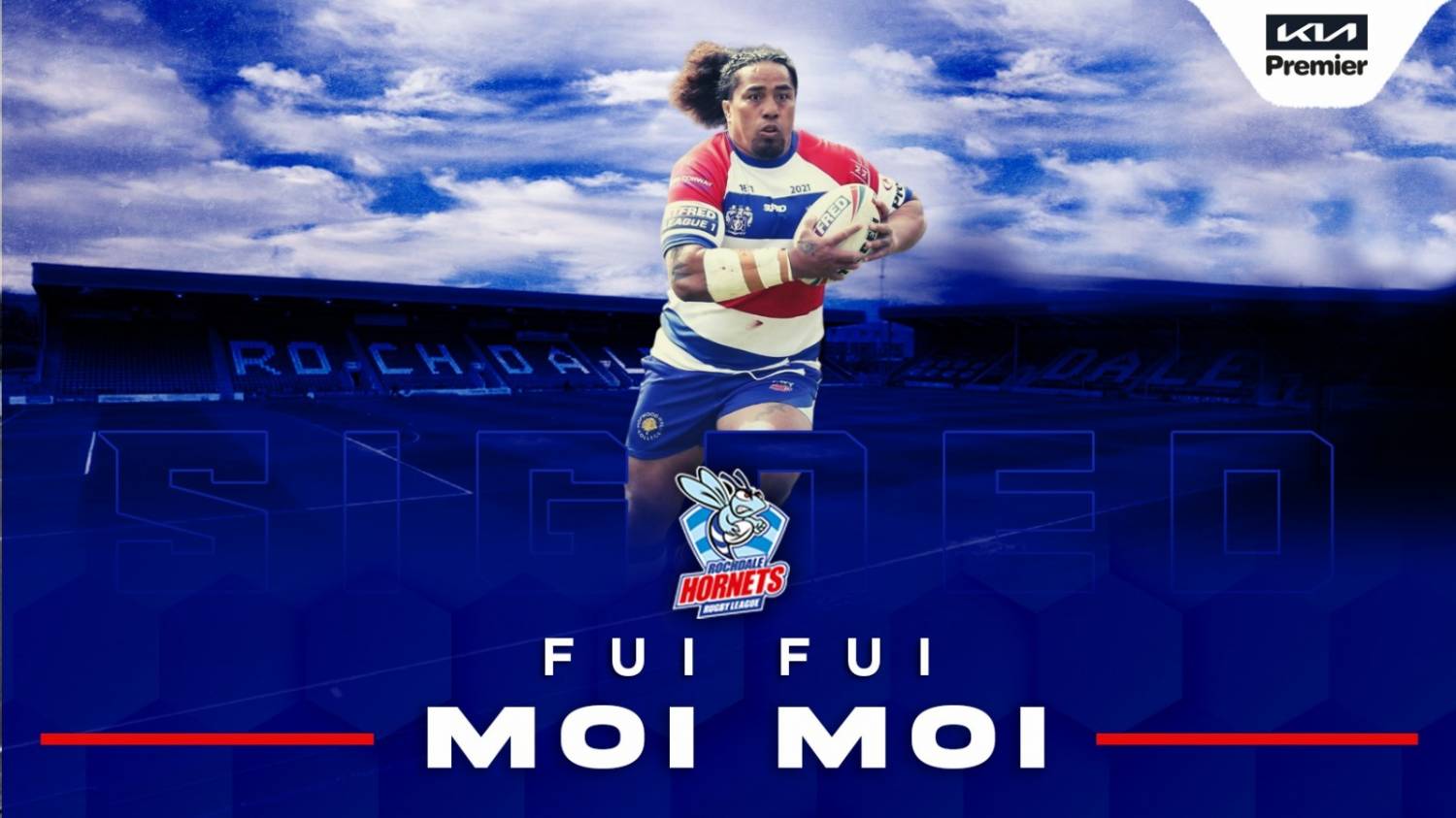 Rochdale Hornets is delighted to announce the re-signing of the experienced prop Fuifui Moimoi for the 2022 Betfred League 1 season.

Rochdale Hornets is delighted to announce the re-signing of the experienced prop Fuifui Moimoi for the 2022 Betfred League 1 season.

Fui is a 41-year-old prop who has represented New Zealand and Tonga with over 200 NRL games.

Hornet’s chairman Andy Mazey spoke about his excitement in reaching an agreement with Fui for 2022.

“We are absolutely delighted that Fui has decided to go round again with us.

“Fui put his hand up during the tough times this year when injuries and covid crippled us, often doing big minutes in the middle. He’s a brilliant character to have around the place and our young forwards can only learn from a truly iconic figure in the sport of Rugby League,” Mazey said.

Head coach Matt Calland is also delighted to have Fui around for another year.

“Fui is great to have around and is a larger-than-life character defying all odds by playing at his age.

“He was one of our best performers last season giving us real impact off the bench. He leads from the front and doesn’t say too much but he certainly leads with his actions he’s really enjoying his rugby at Rochdale and that shows in his performances,” Calland stated.

A big thanks to Fui Fans Group for sponsoring Fui for the 2022 season.