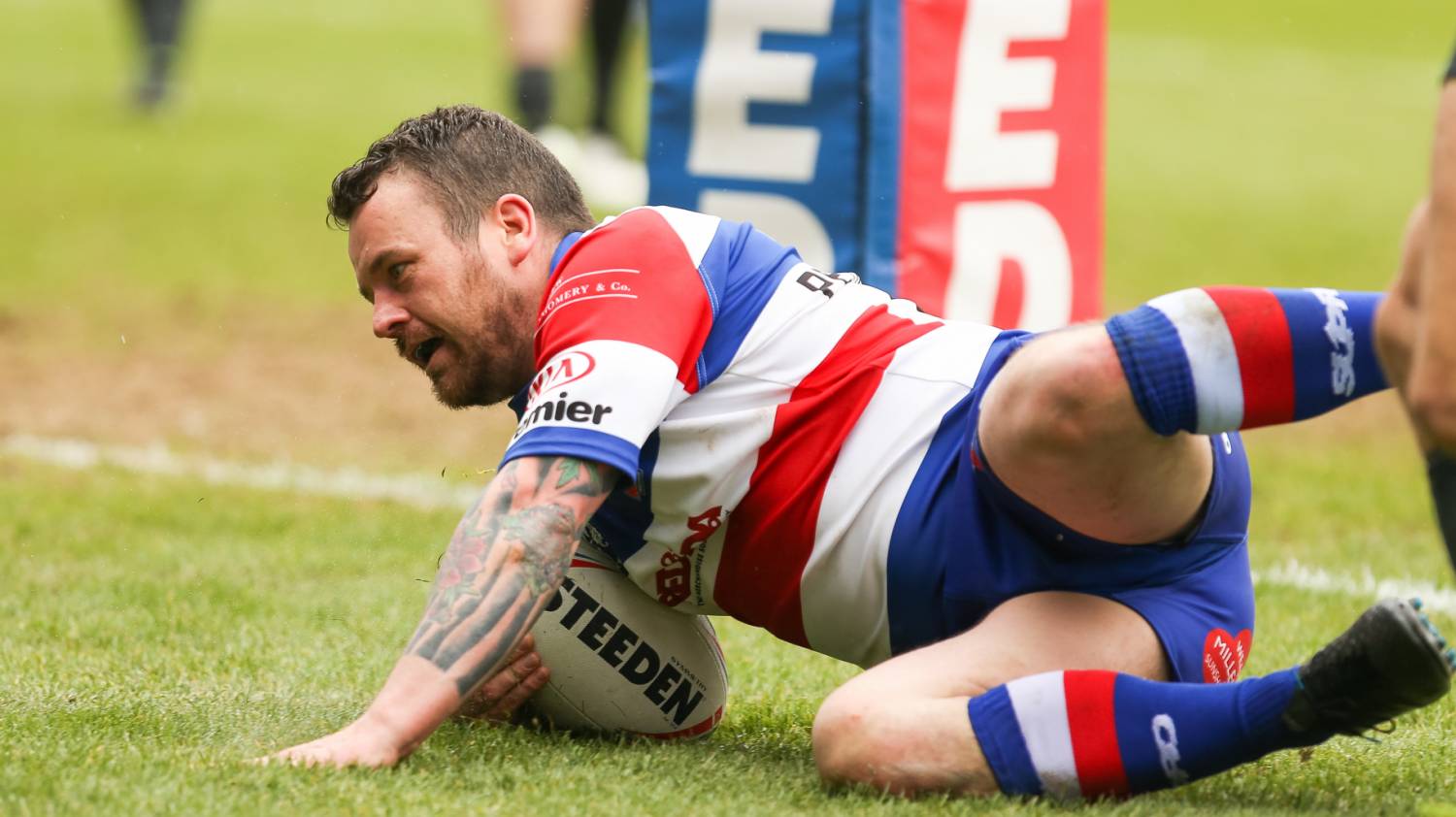 Rochdale Hornets start their 2021 League 1 campaign with a win over West Wales Raiders.

Four try Sean Penkywicz was the star of the show as Hornets defeated West Wales Raiders on the opening day of the 2021 Betfred League 1 season.

Hornets headed into the tie on the back of an encouraging pre-season triumph over North Wales Crusaders two weeks prior, and it took them a mere four minutes to open the scoring this time around as Adam Hesketh and Rob Fairclough linked up to send the onrushing Bennion over the whitewash, before Sam Freeman added the extras to extend the margin.

Despite falling behind early on, the Raiders responded well and almost registered their first score of the contest when Morgan Evans looked destined to surge over, only for the efforts of a strong Hornets defence to stop him in his tracks.

West Wales possess one of the most naturally gifted playmakers in the game in Rangi Chase, and it was his flair and creativity that created their next major opening as the former Man of Steel drew several Hornets defenders in with a neat step and picked out Mike Holden with a low kick, before the latter assisted Marcus Webb in the left-hand corner.

Will Ramsey hit the wrong side of the upright from the subsequent conversion, but things quickly worsened for the visitors when Hornets skipper Sean Penkywicz capitalised on a gap in the Raiders defensive line to slide over from dummy half. Freeman then duly added the extras to secure the final points of the half, 12-4.

After the break, Hornets flew out of the blocks and found themselves in again just three minutes into the half when the instrumental Penkywicz picked up the ball from dummy half, pierced his way through the West Wales backline and touched down under the sticks.

Penkywicz’s second score seemed to kick Hornets into gear; In the space of a couple of minutes, Yates finished off a well-worked move to touch down under the posts, before Penkywicz claimed his hat-trick in a carbon copy of his first try.

Although West Wales did collapse in the early stages of the second period, they did manage to claw a score back when Evans went crashing over in the 54th minute, before Ramsey landed the resulting goal.

The match was a momentous occasion for Hornets stars Ben Moores and Fuifui Moimoi, with Moores making his 100th English career appearance and Moimoi entering his 18th competitive season, however, it was the illustrious Penkywicz that dominated the headlines in this contest.

At 38, the instrumental hooker showed no signs of slowing down and found himself on the scoresheet again minutes later, after his clever dummy deceived the West Wales backline and allowed the veteran to stroll over unchallenged.

By this point, Hornets were in a rampant mood and it wasn’t long before Sheridan claimed the side’s final try. Seven minutes from time, Higginson struck the ball towards the posts with his left boot, but after it cannoned back off the upright Sheridan reacted quickest to ground the loose ball, much to the dismay of Raiders back-rower Holden.

Freeman converted his sixth goal of the afternoon, but it would be the visitors who had the final say as Ramsey sent Mike Connor over from close-range, before the former added the extras to complete the scoring.

The attention now turns towards next week’s trip to Doncaster as Hornets look to continue their good run of form and make it two wins from two.