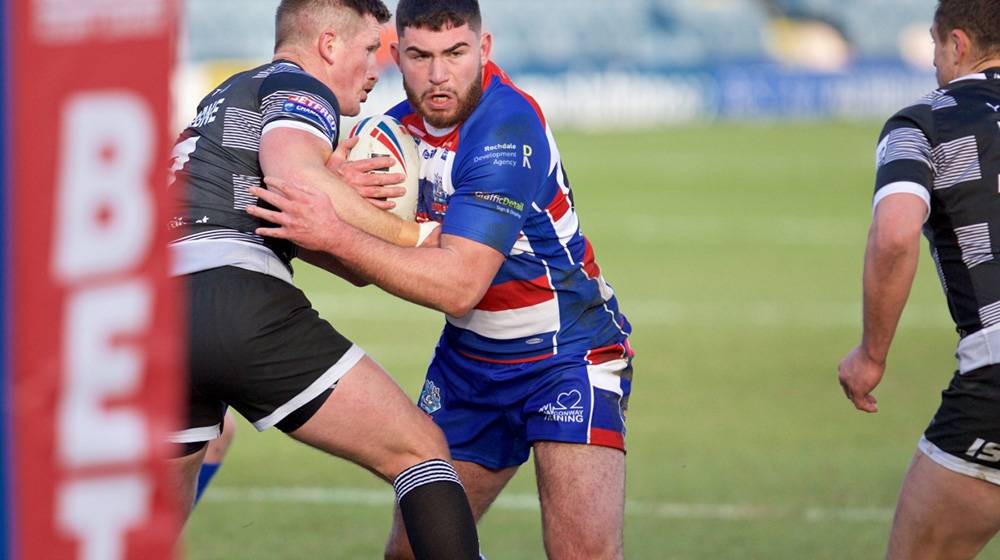 Rochdale Hornets got their 2019 Betfred Championship campaign against Toronto Wolfpack

After last week's game against Dewsbury Rams was called off due to the weather, the Hornets were looking to get their 2019 season off to the best of starts.

Carl Forster's started the game strong with the opening seven minutes, both sides putting in a very good defensive shift.

However, it was the Wolfpack who got first blood when former Warrington Wolves winger Matthew Russell found his way into the corner. Brandon Wood put in the tackle of the game moments later when he dragged Chase Stanley into touch following his break through the defence.

The home side continued to put pressure on the Toronto defence, with head coach Carl Forster going close to the line but being held up by a sturdy Wolfpack back line.

Joe Mellor managed to extend the Wolfpack's lead moments later though when he touched down under the sticks to give the Canadians a 8-0 lead.

A try from fullback Gareth O'Brien extended Brian McDemott's teams lead to 14-0 after 17 minutes of action.

Rochdale got their first try of the game when Adam Lawton found the try line with his first touch of the game to make it 16-4.

Hornets continued to show key defensive qualites, but they suffered back to back tries before the half time hooter with Darcy Lussick and Ricky Leutele both touching down to make it 26-6 to Toronto at the break.

Former St Helens Second rower Jon Wilkin was given ten minutes in the sin bin after Toronto were placed on a team warning by referee Jack Smith.

Their one mad disavantage did not stop them though as Russell went over for his second of four tries.

Spirit's remained high at the Crown Oil Arena though with the home crowd spurring the players on set by set.

Rochdale still continued to fight even though tired faces were starting to show, with Adam Higson crossing over for another Toronto try.

A hat trick was on special order when Matty Russell found his way in on the left hand side, Jake Emmitt then went over soon after.

Russell grabbed his fourth of the afternoon just minutes later, but it was Adam Sidlow went over for Toronto's final try of the game to make it 58-6 at the final whistle.