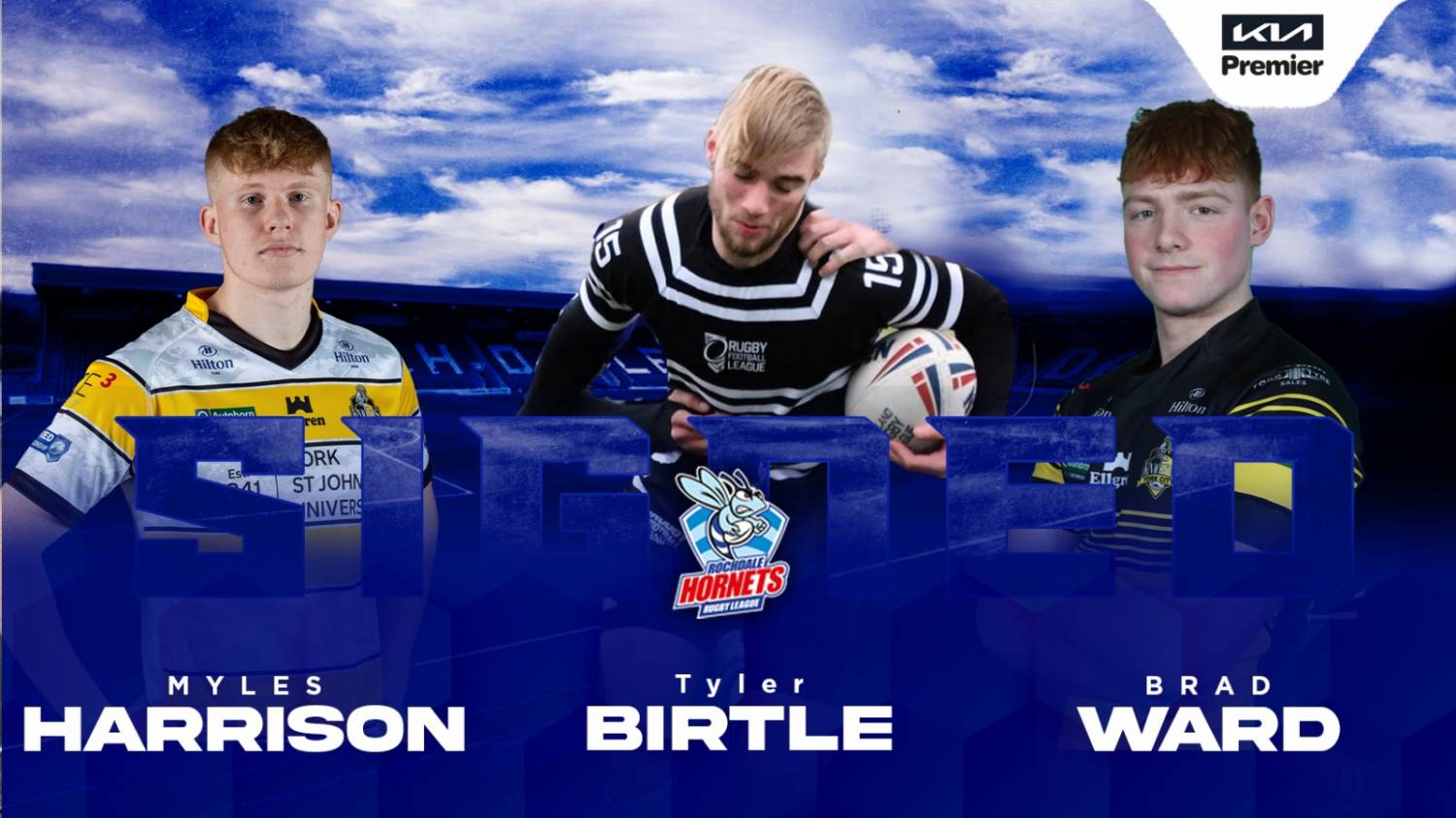 Rochdale Hornets is delighted to announce the signings of Brad Ward, Myles Harrison and Tyler Birtle to help combat the ongoing selection problems facing the club.

Due to injury, suspension or unavailability new Head Coach Gary Thornton will be without 13 of his squad for Sunday’s trip to Doncaster.

As a result, these latest short-term acquisitions will provide much needed cover until senior players return from injury and suspension.

The first of those is young centre Ward, who joins Rochdale from York City Knights.

A product of Heworth ALRFC, Ward spent two years in the Hull KR academy before joining the Knights at the beginning of 2022.

Fellow York talent, and Heworth product, Harrison has already begun to break into James Ford’s side – at the age of just 18.

The fullback’s performance in Knights’ win at Batley Bulldogs, back in February, saw him win Man of the Match on account of his faultless work under the high ball.

Both players have also turned out for Leeds Rhinos’ academy this season, thanks to the two clubs’ dual-registration.

Hornets are also excited to bring in Birtle, from Leigh Miners Rangers, who has been training with the club for several months.

Without these signings, Rochdale may well have struggled to field 17 players this weekend and the club would like to place – on record – its huge gratitude to the two clubs for their help in getting these deals done.

Attention now turns to Sunday’s trip to the Eco-Power Stadium and Chairman Andy Mazey is calling for the loyal Hornets fanbase to get behind the side.

“It’s been a baptism of fire for our new Head Coach Gary, with a full 13 not being able to play this weekend.

“The last 48 hours have been about emergency loans, and registrations, to try and get 17 fit bodies on the park and we’re very grateful to York and Leigh Miners for helping to make that happen.

“With key senior players missing, and being up against an in-form Doncaster, we know it’s going to be a tough game so Gary and the boys are going to need that famous Rochdale Hornets support to hopefully bring home the two points.”