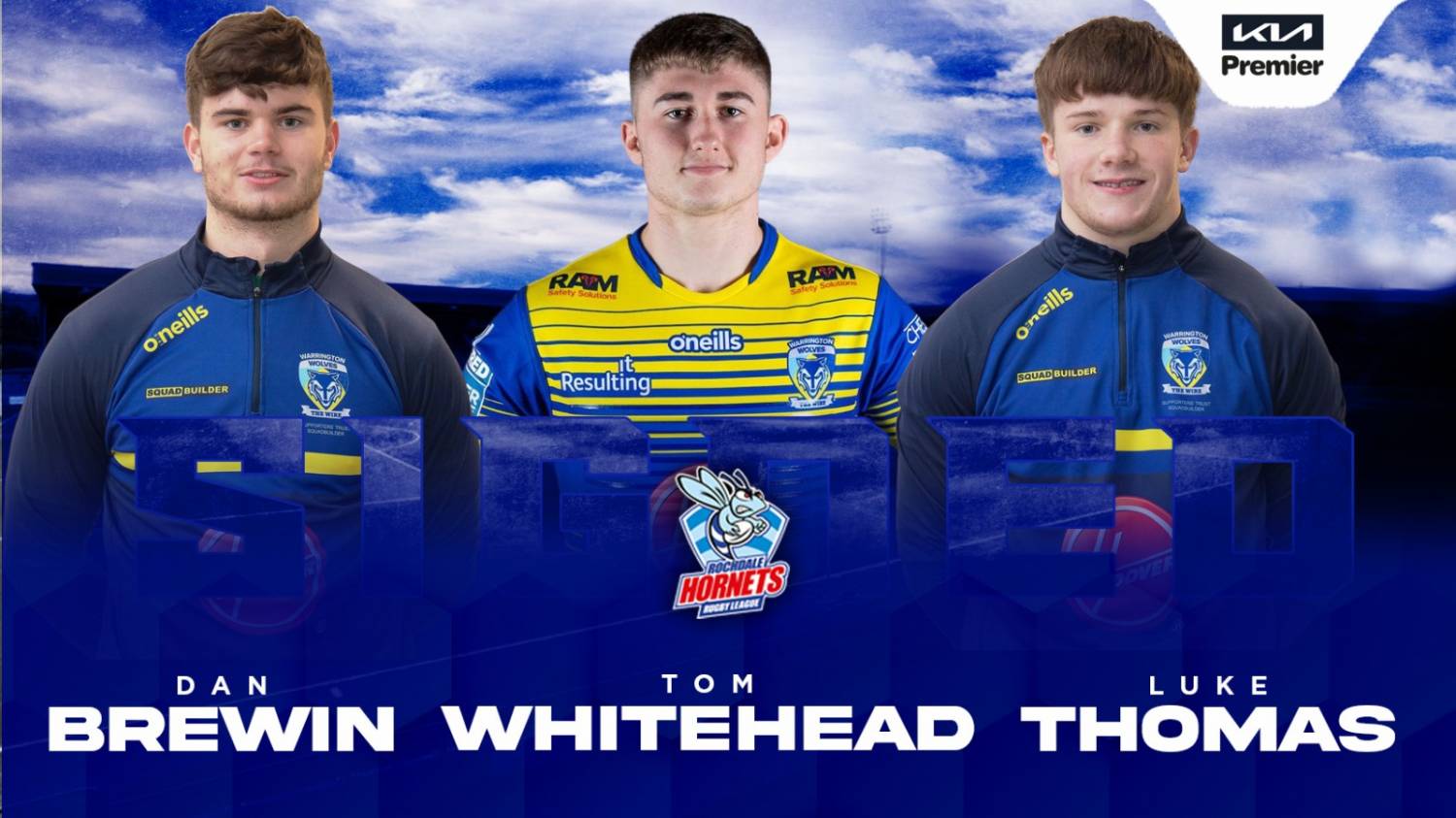 Rochdale Hornets is delighted to announce the signings of Warrington’s Dan Brewin, Tom Whitehead and Luke Thomas – on loan – for the rest of the 2022 season.

The influx of three Super League academy players provides some crucial squad depth, as Gary Thornton prepares his side for a crucial promotion run-in.

Brewin, who started his career at Widnes Moorfield before being picked up by Wire, brings versatility to the squad with the option of playing as a centre or second row.

He also had a loan spell at Championship outfit Workington Town earlier this season.

Whitehead is no stranger to the area having started his playing career at nearby Saddleworth Rangers.

He’s another highly-rated prospect by those at the Halliwell Jones Stadium, and again brings versatility to the squad having been deployed as both a loose forward and a halfback in his time at Warrington.

Meanwhile, Thomas operates in the front row and has drawn comparisons to Super League legend James Graham on account of his direct, powerful ball-carrying ability.

His performances for the Wolves’ academy have also caught the eye of Wales Head Coach John Kear, as he was named on the bench in their recent international against France.

He said: “First of all, I would like to thank Karl Fitzpatrick my colleague at Warrington for supporting a triple deal which gives Gary access to three very talented and exciting young Super League prospects.

“Injuries, suspensions and even loss of form can be a factor at the business end of a season. So, it is pleasing to have negotiated an agreement with Karl which gives us some strength in depth and quality options until the end of year.”